Playing Music for your Dancing and Listening pleasure

Playing Music for your Dancing
and Listening Pleasure

The Big Band has been performing live music in Nottingham and across the East Midlands since 1991. Full of vibrant energy, our singers and musicians perform music from many well known artists: Frank Sinatra, Dean Martin, Tony Bennett, Peggy Lee, Ella Fitzgerald, Glenn Miller, Robbie Williams, Michael Buble, and many more. The line up of 4 Trumpets, 4 Trombones, 5 Saxes, Piano, Bass, Drums, Guitar and Singers is in keeping with the traditional bands from the swing era.

The band now plays a wide range of music for all types of events including conferences, weddings, 40’s theme nights, jazz concerts, Rat Pack nights etc. The band has appeared with some of the UK’s top musicians including Alan Barnes, Bruce Adams, Nathan Bray and has performed at many venues across the East Midlands as their reputation for quality music and entertainment has spread across the country. 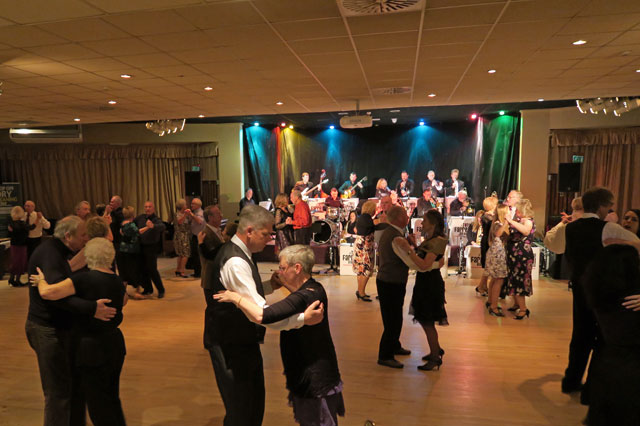 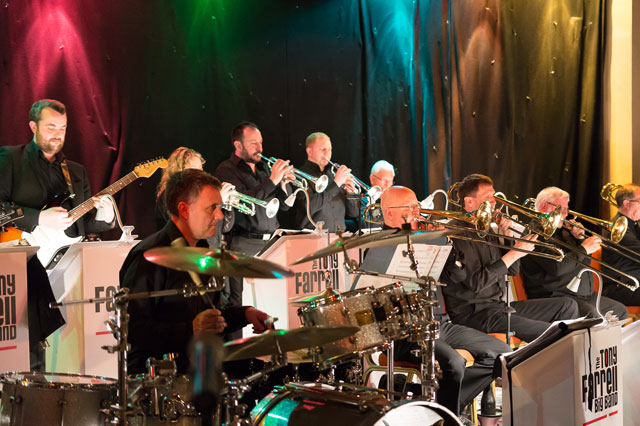 Swing Convention is a small band suitable for indoor and outdoor functions but for smaller venues. It’s repertoire is very much like the big band with songs from yesterday and today to entertain you. For more information click here. 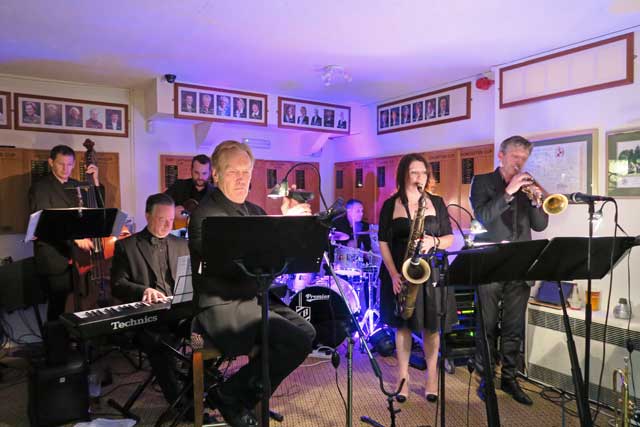 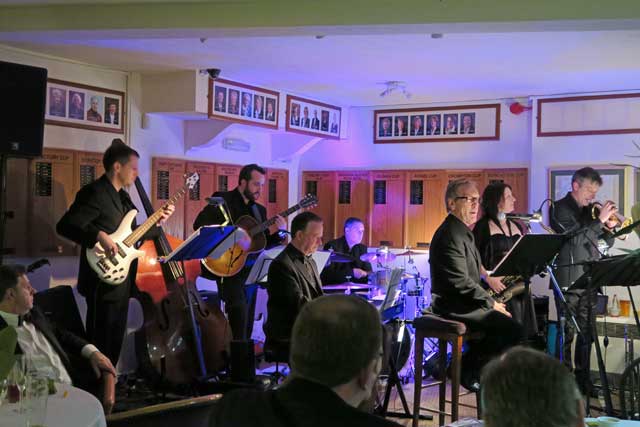 The Tony Farrell Big Band is proud of its reputation as the East Midlands’ premier Big Band playing music for dancing.  Why not find out why for yourself, by joining us as we play for regular dancing events in the Nottinghamshire, Derbyshire and Leicestershire areas.

We play music to suit all the dance styles featured on the BBC’s hit show Strictly Come Dancing, including Quicksteps, Waltzes, Foxtrots, Jives, Rumba, Samba and Cha-cha-cha. We also feature Old Time classics and sequence dances such as Barn Dances, Veletas, Square Tangos and many more. If your preference is to sit then the music is of course also great to listen to.

Our repertoire includes classics from Glenn Miller, Frank Sinatra, Ella Fitzgerald, Michael Bublé and many more stars of the Big Band world from past and present. So polish up your dancing shoes, sew a few more sequins onto those showbiz outfits, and whirl the night away to the music at one of our events.

For your Wedding Day we have a special package tailored to suit the needs of you and your party guests. Having a live band adds to the atmosphere and will be part of your memorable day forever.

We play the music your grandparents, your parents, you, your friends and little ones will enjoy to ensure they feel a part of your celebrations. We have a large repertoire of music from which you can select the songs that are important to you on your special day.

We are always striving to push our own musical boundaries, and so we aim to put on at least one concert night per year for those of you who also appreciate the inspiring sound a Big Band can achieve.

In the best traditions of Count Basie, Duke Ellington, Stan Kenton, Ted Heath and Syd Lawrence, we bring you some big band jazz perhaps less suited to dancing and is more challenging to play. We typically aim to increase our repertoire for these events, learning new arrangements and dusting off some of the favourites we don’t get to play very often.

These nights often include specially invited guests such as Alan Barnes, Bruce Adams, Nathan Bray and Ben Lee. We aim to recreate some of the atmosphere of the famous New York nightclubs where Billie Holiday, Ella Fitzgerald and Dean Martin learned their craft and the sounds of the Las Vegas concerts of Bobby Darin, Peggy Lee and of course Frank Sinatra delighted their audiences.

We also incorporate more modern sounds, typically including arrangements from the likes of Pat Metheny, Gordon Goodwin and Tom Kubis and also firecracker numbers from the likes of Billy May, Maynard Ferguson and the Buddy Rich band.

Sometimes a dance night just isn’t enough! For instance, in the 1940’s, the golden age of the big bands, swing was everywhere and to have a good time you would probably be out jiving, quickstepping, foxtrotting and waltzing to the sounds of Glenn Miller, Benny Goodman, Ambrose, the Dorsey Brothers, Artie Shaw, Chick Webb, and the Squadronaires.

Occasionally we dedicate one of our dance nights as a themed 1940’s event. We invite the audience to come down to dance in period costume (military or civilian) to those wartime sounds, and sing along to tunes made famous by Vera Lynn, Glenn Miller and the Andrews Sisters. If you would like to book a theme night for your function, please ask Tony for more details.

The 1940’s theme production can be hired for your private function, and other Big Band themes are available too.

For instance we can provide entertainment in tribute to Frank Sinatra’s Rat Pack “Summit” with Dean Martin and Sammy Davis Jr., or using our talented vocalists, provide a fantastic night of song with tunes from Helen Forrest, Doris Day and Rosemary Clooney through to Michael Bublé, Tony Bennett and Robbie Williams.